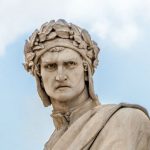 Dante Alighieri was a Florentine poet. He's famous for the Comedy, an epic poem written, for the first time in Italian history, in vernacular (Latin was the official written language). Because of this, Dante is considered the father of Italian language. Dante Alighieri biography is a good example of how a capable man was in condition to succeed in the medieval Florence, unlike in the feudal Europe, even though not born from a rich family. … END_OF_DOCUMENT_TOKEN_TO_BE_REPLACED

Eleonora di Toledo was the first Duchess of Florence and the first Grand Duchesse of Tuscany. As the wife of Cosimo I Grand Duke of Tuscany, she became one of the most important women in the history of the Medici family. Involved in the public affairs, she was not loved by the Florentine people. She was a patron of painters and sculptors, and the subject of one of the most beautiful portraits ever made in Renaissance Florence. … END_OF_DOCUMENT_TOKEN_TO_BE_REPLACED 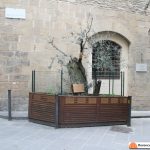 It was exactly 22 years ago, in the night between May 26th and May 27th, 1993, when the Georgofili massacre hit the city of Florence Italy, a safe city, where you can walk alone at night without having to worry. The infamous attack, a car bomb that exploded at 1:04 am in via Dei Georgofili, had been planned by the Sicilian Mafia. For Florence, that day is like 9/11 for New York City, even though the damage and the number of victims were limited. I remember being out with friends, in the S. … END_OF_DOCUMENT_TOKEN_TO_BE_REPLACED 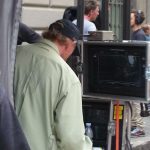 Florence is such an amazing city that I often wonder why it has not been used as the set for more films. Italian cities like Rome and Venice have been used for countless international productions, but for some reason, the cradle of the Renaissance barely appears on the big screen. I wonder why nobody thought to shoot a film or a tv series about the Medici family, whose history is so interesting. The documentary "Godfathers of the Renaissance" by PBS, apart for wide-angle sights of Florence, has … END_OF_DOCUMENT_TOKEN_TO_BE_REPLACED 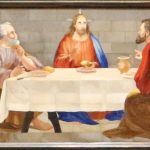 Travelers to Florence Italy are certainly amazed at Botticelli Birth of Venus or Michelangelo's David, but that's what they already expect to see in Renaissance City. One of the things I like most about my job as a tourist guide is to see the reaction of people to an unexpected wonder and nothing like the commesso di pietre dure causes such a reaction of surprise and admiration. … END_OF_DOCUMENT_TOKEN_TO_BE_REPLACED 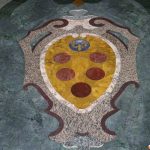 Maybe you're trying to find something useful for your homework, or maybe you're just gathering information for a vacation to Italy: whatever the reason that caused you to land on this page, you should find the Medici family timeline extremely useful, as it is a summary of the history of the most powerful family of the Renaissance. On top of this, you will find many more detailed information on the Medici family in this website. We have the best Medici family tree you can find online, and it's … END_OF_DOCUMENT_TOKEN_TO_BE_REPLACED