Warning: Use of undefined constant WPLANG - assumed 'WPLANG' (this will throw an Error in a future version of PHP) in /home/customer/www/yourcontactinflorence.com/public_html/wp-content/plugins/google-maps-ready/config.php on line 3

Warning: Use of undefined constant WPLANG - assumed 'WPLANG' (this will throw an Error in a future version of PHP) in /home/customer/www/yourcontactinflorence.com/public_html/wp-content/plugins/google-maps-ready/config.php on line 6
 News and Events Archives - Page 6 of 8 - Your Contact in Florence 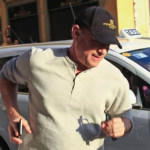 Certainly, the presence of Ron Howard and Tom Hanks in Florence didn't go unnoticed. After some days of shooting Inferno movie, the Mayor Dario Nardella accepted to act in the film as a tourist guide, and yesterday gave Ron Howard the keys of the city, awarding the director with the honorary citizenship of Florence. Even who is unaware of what's happening in Florence these days, by the way, had to get informed, because traffic in the city became a real "Inferno". Now, what about Tom Hanks … END_OF_DOCUMENT_TOKEN_TO_BE_REPLACED 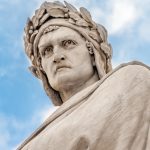 In 2015 we celebrate the 750th anniversary of the birth of Dante Alighieri, the Italian poet famous for his Comedy. The epic poem, written in the early 14th century, was the first important work written in Italian language. The Comedy is about an imaginative trip in the afterlife, where the poet himself is the protagonist, and is split in three parts: Inferno (Hell), Purgatorio (Purgatory) and Paradiso (Paradise). The anniversary will be celebrated with 187 events throughout Italy and 173 … END_OF_DOCUMENT_TOKEN_TO_BE_REPLACED 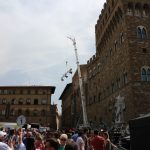 Ron Howard is still shooting Inferno film in Florence, and there are daily news on this on local newspapers. Working as a tour guide, I have to deal with this: two days ago, Piazza Della Signoria was filled with the troupe filming in front of Palazzo Vecchio; yesterday the action was on Ponte Vecchio instead. … END_OF_DOCUMENT_TOKEN_TO_BE_REPLACED 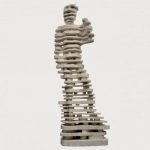 After performances in dozens of galleries in Europe, Australia, Middle East, North and South America, and publications in major art magazines, winning major design awards, designer of the trophy for Formula 1, creator of interactive MTV installations, architect of the Memorial of the unification of Italy, Antonio Pio Saracino is a versatile artist whose work ranges from a multitude of genres, standing out in each one for its innovative approach, histrionic and iridescent. "I was so honored to … END_OF_DOCUMENT_TOKEN_TO_BE_REPLACED 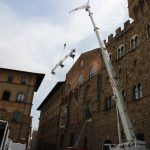 Exchanging thanks yesterday between the famous director Ron Howard and the Mayor of Florence Dario Nardella. Ron Howard is filming Inferno, the movie inspired to the famous novel by Dan Brown. This is how the news appeared on the local newspaper, La Nazione: … END_OF_DOCUMENT_TOKEN_TO_BE_REPLACED 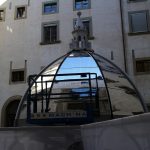 What better icon of Florence could contain in itself the excellence of the territory? Brunelleschi's dome, beloved by tourists from around the world, in being reproduced in scale on the occasion of Expo 2015, in an absolutely modern style. Brunelleschi dome model will be in place until October 31st, 2015. … END_OF_DOCUMENT_TOKEN_TO_BE_REPLACED