Warning: Use of undefined constant WPLANG - assumed 'WPLANG' (this will throw an Error in a future version of PHP) in /home/guidaly7/public_html/yourcontactinflorence.com/wp-content/plugins/google-maps-ready/config.php on line 3
 Blog Archives - Page 5 of 41 - Your Contact in Florence 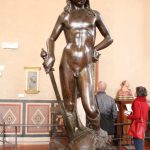 David, the prophet of the Old Testament, has always been considered a symbol for Florence because of his story, a triumph of intelligence over the brute force of Goliath, the giant. Many artists have represented David in history, including Donatello: he even did this twice. When speaking of Donatello's David we must distinguish between the marble statue and the bronze statue, much more famous. Both statues are on display at the Bargello museum. Today we are going to analyze the bronze David. … END_OF_DOCUMENT_TOKEN_TO_BE_REPLACED 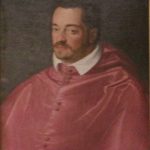 Few members of the Medici family have been discussed as much as Ferdinando I de Medici. He became Grand Duke of Tuscany after the sudden death of Francesco, his brother, and some believe Ferdinando organized a conspiracy to take possession of the throne. … END_OF_DOCUMENT_TOKEN_TO_BE_REPLACED 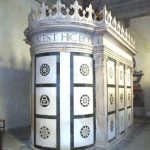 There is a place in Florence where you can see contemporary works of art together with a Renaissance temple. Mix everything into a former Medieval church, and what you get is the Marino Marini Museum, one of the many overlooked attractions of Florence Italy. There are no crowds here like in the Uffizi or the Accademia, but the works are amazing. The Marino Marini Museum is part of the attractions that you can visit with Firenze card. … END_OF_DOCUMENT_TOKEN_TO_BE_REPLACED 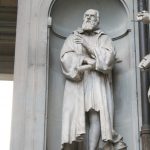 Galileo Galilei (Pisa, 1564, Florence 1642) was the greatest Renaissance scientist in the Grand Duchy of Tuscany. His activity was promoted by the Medici family and opposed by the Catholic church. Galileo Galilei discoveries were the reason why the scientist was processed and condemned. … END_OF_DOCUMENT_TOKEN_TO_BE_REPLACED 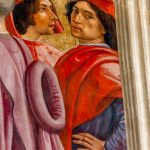 Florence is filled with hidden attractions that most of the travelers miss, in their rush to complete their "must-do" checklist. The goal of this blog is to help you discover these magnificent places, and one of them, for sure, is the Sassetti Chapel in the church of Santa Trinita. Without staying in line and without paying any ticket, you will have a chance to see a wonderful cycle of frescoes by Domenico del Ghirlandaio and learn something about the Medici family and their entourage. … END_OF_DOCUMENT_TOKEN_TO_BE_REPLACED 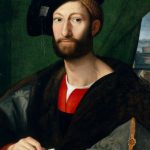 Speaking of the history of Florence, it's impossible not to mention the Medici family, a family of bankers that later rose to become the Dukes of Florence. I wrote many posts about the Medici, and created an interactive Medici family tree, which is a great resource for who wants more information on the most important family of the Renaissance. I decided to show all the available portraits of the family members so that who is interested can actually see how the Medici looked like. I also included … END_OF_DOCUMENT_TOKEN_TO_BE_REPLACED