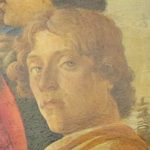 The painter we know as Sandro Botticelli was born in Florence as Alessandro Filipepi in 1445. His father was an artisan processing leather, and Alessandro was his fourth and last children. What we know of his life comes from official documents and from Vasari’s Lives, written in 1550. We know the children didn’t have good health at the age of 13: that’s most probably when his apprenticeship started, in a goldsmith’s workshop, probably together with his brother. Here is where Alessandro becomes Botticelli: we are not sure why; either because the goldsmith he worked for was a botticello (used in ancient Florentine dialect to mean “as fat as a barrel”), or because his brother was a battigello (used in ancient Florentine dialect to indicate an apprentice goldsmith).

In the workshop of Filippo Lippi

In 1464, Botticelli started to attend the workshop of Filippo Lippi, one of the best painters back then and strictly linked to the Medici family. The apprenticeship will last for 3 years. At that time, another workshop was the most famous in Florence: the workshop of Andrea del Verrocchio, where more great artists were apprentices, like Leonardo da Vinci. Most probably, Botticelli was also influenced by this workshop, while at the same time, some features of the paintings by Leonardo da Vinci can be referred to the influence of Filippo Lippi. Even if in competition, the main workshops were very open, and an apprentice could be sent to help with some work. We don’t know exactly when Botticelli opened his own workshop, but given he got a commission from the Tribunal of Merchants in 1470, we can assume he was already on his own at that time.

Botticelli and the Medici family 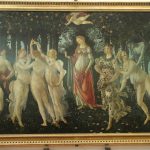 Thanks to the Vespucci, the most important family in his own district, Botticelli came in contact with the Medici family. He will consistently frequent Palazzo Medici, along with many other artists, philosophers, thinkers and scholars, being influenced by the neo-platonist theories. After the Pazzi Conspiracy, Botticelli will represent the “wanted” fugitives. He embraced the Medici party and received the commissions that made him one of the most famous painters in Renaissance Florence: the Birth of Venus and the Primavera. With Lorenzo de Medici worried to consolidate his alliances after the plot, Botticelli will be part of the “Florentine campaign” in Rome, decorating the walls of the Sistine Chapel, where he contributed with three frescoes. 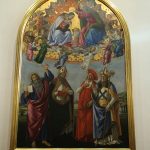 Botticelli is one of the few painters in art history whose early works are considered better than his late works. Fact is, something happened in his life that completely changed his point of view on life, death, philosophy and religion. Botticelli witnessed one of the darkest pages of the Medici family history. In the 1490s, the family was on the edge of bankruptcy, while at the same time the preacher Girolamo Savonarola instructed people saying that Florence and the Medici were so corrupted that they would all be damned for eternity. With the death of Lorenzo de Medici and the Republic of Florence ruled by his inept son Piero, soon enough Savonarola took the power, turning the richest town on Earth into a fundamentalist country, where happiness was turned into penance, noise into silence, celebrations into bonfires. Botticelli was heavily influenced by the Dominican friar and probably some of his works were even burnt in these public bonfires, together with clothes, books and any other symbol of corruption. Savonarola was a fast meteor in Florence. In 1498 he was condemned to death, and the free republic of Florence embraced neo-platonism again, but Botticelli was not the same anymore. Until he died, in 1510, he worked only on religious subjects, changing his style and completely abandoning the path that made him the greatest painter of his generation. Botticelli is buried in a simple tomb in the church of Ognissanti, close to where he was born.

The Uffizi Gallery in Florence has the largest collection of paintings by Botticelli, including his uncontested masterpieces. We offer many private tours inside the Gallery and each of them will allow you to see the best works of the artist: you can choose between the Uffizi gallery Tour, the Renaissance Florence Tour or the Medici Portraits Tour. 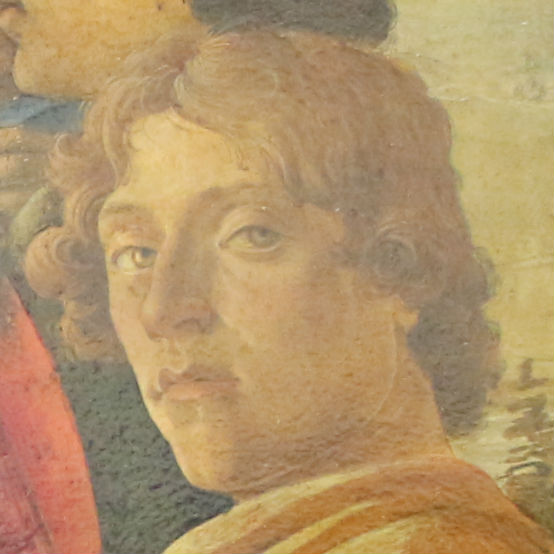