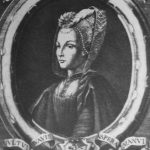 Clarice Orsini (1453-1488) was the wife of Lorenzo de Medici “The Magnificent”. She was part of a powerful Roman noble family involved with the Papacy for many centuries. In their history, the Orsini had two Popes and countless Cardinals. Their fortunes were built “renting” their mercenaries, both to the Popes and to their enemies.

A bride to find

When Piero the Gouty inherited from Cosimo the Elder (died 1464) the fortunes of the Medici family and the responsibilities of leading the city of Florence, he was unhealthy already, and it was clear that he wouldn’t last much longer than his father. Piero could hardly walk because of gout. His son Lorenzo, future leader of the city, was contended by the most beautiful and important women in Florence, but Piero had more pressing needs:

That’s why Lucrezia Tornabuoni, Piero’s wife and Lorenzo’s mother, made a trip to Rome, where women were stronger (or so they believed) and many ancient noble families were available for a selection. Here, Lucrezia met Clarice Orsini and she was quite satisfied by this woman: “All in all, we find the girl more than fair”, she wrote in a letter from Rome to her husband Piero. An agreement was reached, and the engagement between Lorenzo de Medici and Clarice Orsini was celebrated in Florence organizing a Medieval joust with such a magnificence that later the poet Luigi Pulci will dedicate an epic poem to the event.

The other women of Lorenzo

Three women were in the standings along with 60 thousands more people for the Joust of Lorenzo, whose heart was beating fast, although they all were married: Simonetta Cattaneo Vespucci (Botticelli’s Venus), whom Lorenzo dedicated poems, Lucrezia Donati and Bartolomea Benci. Later someone will tell that Lorenzo married Clarice Orsini for the “rule”, Simonetta for poetry, Lucrezia and Bartolomea for sexual love. Despite this, the couple was not exactly static in the bedroom: in ten years, Clarice Orsini gave birth to nine children, even though two died shortly after. What didn’t work in the marriage was the completely different interests: Lorenzo was a man of culture, who loved to surround himself with poets, philosophers and artists, while Clarice Orsini was a proud noble woman, full of preconceptions. Considering herself a Princess, she wasn’t happy to deal with all the common people that lived at the court of Lorenzo, including the scholar Agnolo Poliziano, dear friend of Lorenzo and teacher of the next Medici generation. Renaissance Florence was a very open-minded place, where women could have a relevant role in the society, but Rome, at that time, was still deeply in the Middle Ages. Clarice Orsini didn’t adapt to the Florentine environment, and often spent her time in Mugello, North of Florence, where the Medici had a beautiful villa.

The importance of Clarice Orsini

Clarice Orsini didn’t understand the preoccupation of her husband with arts and culture, but was a good mother, paying a lot of attention to her children. The marriage with a member of the powerful Orsini family soon paid big dividends for the Medici, when Giovanni was named Cardinal at the age of 14. Later, in 1513, Giovanni was elected Pope Leo X, but his mother couldn’t be happy for this, because she died in 1488: choosen because she would strengthen the Medici family, she left this world at just 35, killed by tubercolosis. 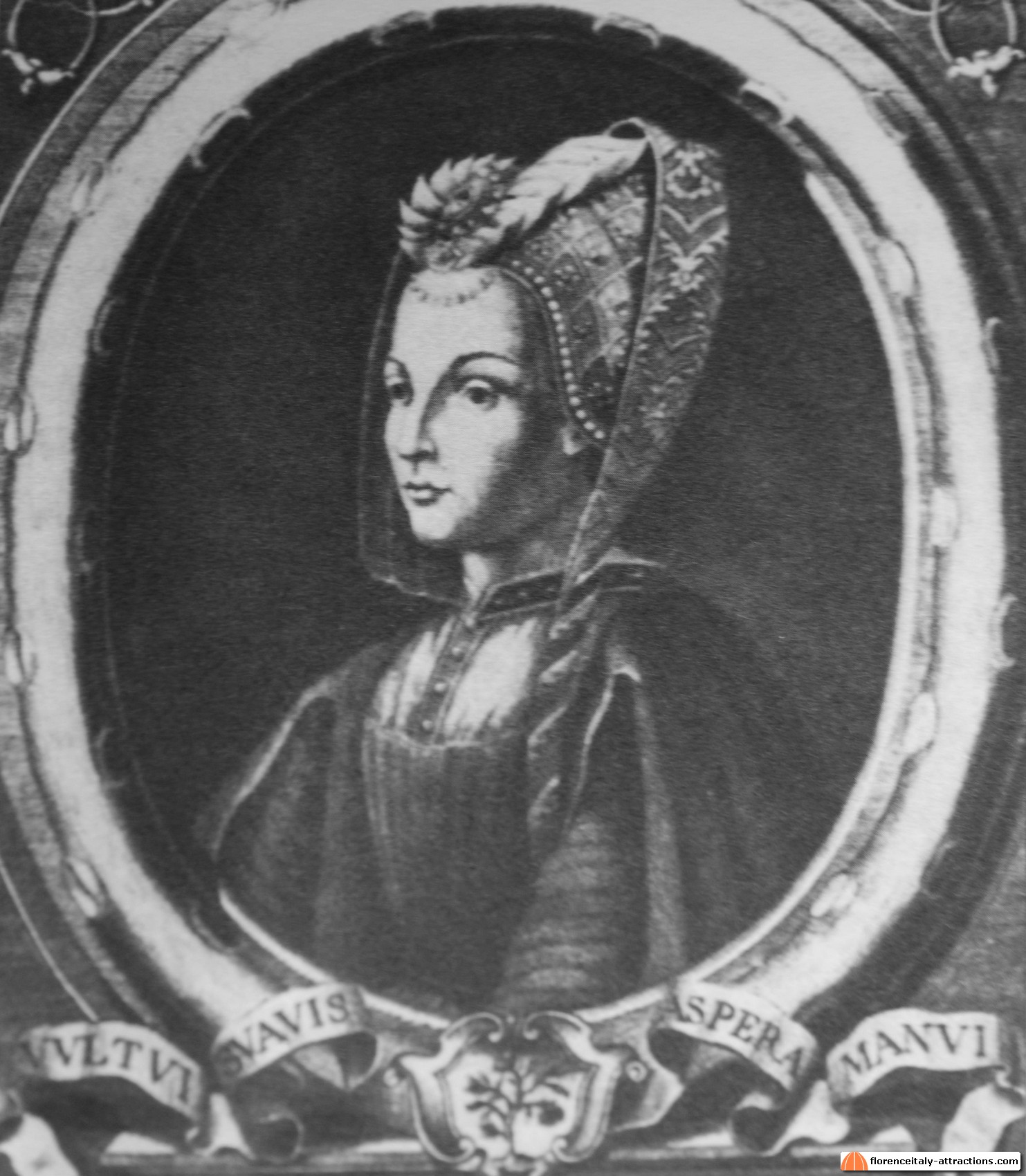