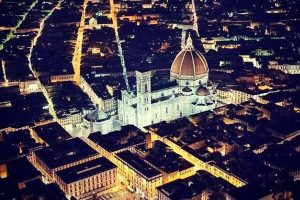 What is the Duomo in Florence? It is not just the greatest church of the city: it is a complex of monuments, all accessible with one single ticket, and it is the most important of the city attractions. All this complex is managed by a private institution, the Opera del Duomo, which exists since 1296. It was created to build the Cathedral, then took care of the maintaining the church and preserving the historical memory of how the building has changed over time. This included storing the statues and other decorations that, in the past centuries, were removed from the church for various reasons, either to replace them or to restore them. All these works, stored in a palace which is behind the Cathedral, became the core of the Opera del Duomo Museum, which has been recently enlarged becoming one of the top attractions in Florence. Originally under the patronage of the Merchants guild, even the Baptistery of San Giovanni today is managed by the Opera and is part of the complex of monuments.

I was trying to find the appropriate words to introduce this page, but I couldn’t find anything better than what’s written in the official website of the Opera del Duomo: “If you haven’t seen this, you haven’t seen Florence”.

The word Duomo originates from Domus, the Latin word for house. It is the House of God. The Duomo in Florence is the Cathedral of Santa Maria del Fiore: it is the church that was started in 1296 and that required the institution of the Opera del Duomo. So many great architects participated in the design of the Cathedral, from Arnolfo di Cambio, who originally designed the building, to Giotto, who designed the Bell Tower, to Brunelleschi, who built the Dome. The construction of the church took 140 years, going through good and bad times. The final result is an architectural wonder which has no rivals. Inside, the church is famous for preserving the largest collection in Italy of original stained glass windows, all designed in a short span between the 14th and 15th century by great artists of the early renaissance like Donatello and Lorenzo Ghiberti, and for displaying the largest fresco (3600 square meters) ever made (Giorgio Vasari and Federico Zuccari). Outside, the church shows two architectural wonders in Giotto’s Bell Tower and Brunelleschi’s Dome.

Giotto is more famous as a painter than an architect, but late in his life, in 1334, he became the master architect of the Duomo in Florence and focused on the Bell Tower. The 70 meters high tower has a horizontal roof, something quite strange for a Gothic building, and is decorated with bas-reliefs and statues, in a program of decoration that sends a message: faith has been the engine of the progress of the mankind. This message is delivered with a sophisticated language made of allegorical bas-reliefs and statues representing Prophets and Sybils. It is possible to climb the Bell Tower, to enjoy an amazing view of the city. Lines are not as long as at Brunelleschi’s Dome and even though the climb itself is a bit less interesting, once on top you have the big advantage to have a view on the dome itself.

Filippo Brunelleschi, in 1418, challenged the Opera del Duomo and the city of Florence saying he was the man for an impossible task: building the largest ever dome without a supporting structure. And that’s what he did, in just 15 years, after being assigned the job. Brunelleschi’s Dome is considered the greatest achievement of the renaissance. It’s a dome inside a dome, with a space between the two that contains the skeleton sustaining the structure, but also a passageway that is possible to climb to reach, after 463 steps, the lantern, also designed by Brunelleschi. There are long lines and no skip-the-line tickets, but the climb is very interesting, you will have a chance to see the interior of the cathedral and the frescoes of the ceiling from a privileged position, and once on top you have an amazing terrace on the city.

Florence had a Cathedral even before Santa Maria del Fiore. It was the smaller church of Santa Reparata, standing in the same place, a bit closer to the Baptistery. The ancient cathedral was destroyed in 1378, with the new church still under construction. The remains of Santa Reparata have been discovered only in the 1960s, under the floor of Santa Maria del Fiore, and today it is possible to visit the archeological excavations. They’re very interesting because you can see the various layers, at least four, of this ancient church. Not from good to better, but from good to worse: let’s not forget that this church, built in the late Roman age, was then renovated in the dark ages.

The Baptistery of San Giovanni

Much more ancient than Santa Maria del Fiore, the Baptistery has been built between the 5th and 9th century, but then it has been enlarged in the next centuries to become what it is today (the date on top which marks the end of the work is 1174). It is an octagonal building in Romanesque style, decorated with white and green marble tiles that render symbolic geometrical shapes. The building has three doors, cast in bronze between 1300 and 1452. Two of them have been replaced with copies (the original ones are in the Opera Museum), and this will be the destiny of the third set of doors too. They will undergo restoration soon and be ready in 2017. Inside the Baptistery offers something unusual for Florence: a huge mosaic decorating the dome and the arch above the main altar.

Recently renewed, the Opera del Duomo Museum opened his doors on October 29th, 2015 and immediately became one of the top attractions in Florence. The works inside all belong to the Duomo complex and the quality of the artists is as high as you can get: Michelangelo’s Pietà Bandini, Donatello’s Mary Magdalene, the original doors of the Baptistery by Lorenzo Ghiberti and the ancient original facade of Santa Maria del Fiore by Arnolfo di Cambio, rebuilt with the original statues into a huge hall.

Visiting the Duomo in Florence

Visiting the Cathedral of Santa Maria del Fiore is free. That’s an option if you have a very limited time in Florence. In any other case, buy the ticket. For € 15, you have access to the entire complex for 24 hours. Buying the ticket is very easy, ticket offices are at Giotto’s Bell Tower entrance, at the Opera del Duomo Museum behind the Cathedral or in Piazza del Duomo, in front of the Northern doors of the Baptistery. You can also buy the ticket online, and you don’t need to collect it, like for other Florentine museums: just print it out and scan the bar code when entering the museum or monuments.

You can find the monuments at this location: 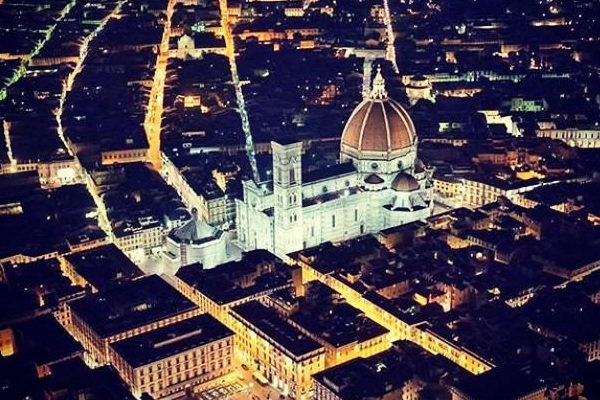 Article Name
Duomo in Florence
Description
The Duomo in Florence is a complex of monuments which includes the Cathedral of Santa Maria del Fiore, the Crypt of Santa Reparata, the Baptistery of San Giovanni and the Opera del Duomo Museum.
Author
Andrea