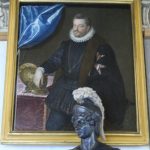 As his father Cosimo I Grand Duke of Tuscany, Ferdinando de Medici became important by accident. He was the fifth son of Cosimo and Eleonora di Toledo, not exactly in position to inherit the substances or the titles of the Medici. He was helped by the fact his family was unhealthy: when he was born, he was already climbing the standings, being the third surviving son. In 1562, another brother, Cardinal Giovanni de Medici, died paving the way to Ferdinando de Medici to become Cardinal himself, at the age of 14. Now only one brother was between him and the title of Grand Duke of Tuscany: Francesco. Francesco I Grand Duke of Tuscany only had one son, Filippo, and again the children died at just five, in 1582. His wife, the Grand Duchesse Giovanna of Austria, died already in 1578. The Cardinal Ferdinando de Medici now was next in the line of succession, if something would happen to his brother Francesco… and something actually happened. Francesco married Bianca Cappello, his secret lover, without the approval of his family. After the new couple had a dinner with Ferdinando, they suddenly got ill, and both died. Poisoned by Ferdinando? We don’t know, Ferdinando wanted to perform the autopsy himself. Result: malaria. The fifth son of Cosimo left his career in the church and became the next Grand Duke of Tuscany. He didn’t exactly honor the memory of his brother: the tomb of Francesco in the Medici Chapel is smaller than the other tombs. At the same time, Ferdinando commissioned two bronze statues celebrating the Grand Dukes of Tuscany: one represents his father Cosimo I in Piazza della Signoria, the other one representing himself, in Piazza Santissima Annunziata: no memory for Francesco. As a Grand Duke, Ferdinando de Medici is the one who basically started a real absolute monarchy in Florence. He permanently moved to the Pitti Palace, organized the wedding between his nephew Maria de Medici and Henry IV of France and he even had a dream to build an Empire in the Americas: an expedition left Tuscany for Brasil in 1608 and came back with many information, but the Grand Duke died in 1609. His tomb is in the Medici Chapel. 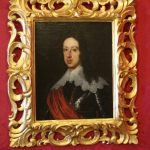 Ferdinando II became Grand Duke of Tuscany at 11 when his father, Cosimo II, died at just 31. The mother Maria Maddalena of Austria and grandmother Cristina of Lorena ruled the Grand Duchy until he reached the legal age. The two women started spending a lot of money in luxury, expanding the court of the Medici and calling many inept priests in the Pitti Palace, raising taxes to maintain all this setup and starting the decadence of Tuscany. Ferdinando II married his cousin Vittoria della Rovere and officially became Grand Duke in 1628. It was the century of baroque and absolute monarchy, and if there was a “Sun King” in Florence, that was Ferdinando II. Even though Florence and Tuscany were in decadence, important artists came to decorate the Grand Duke’s apartments in Pitti Palace, most notably Pietro da Cortona. Unfortunately, the court of the Medici sterted to be more and more distant from the needs of the people, creating a distance that will be reason for the decadence of the Grand Duchy. In his long reign, Ferdinando II shared his power with his brothers Mattias, Giovan Carlo and Leopoldo. Ferdinando II is buried in the Medici Chapel. 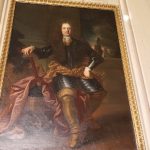 Designated as the legitimate heir of his father Cosimo III, the Grand Prince Ferdinando de Medici was educated to become the next Grand Duke of Tuscany. His mother, Margherita Luisa d’Orleans, was a woman who loved mundane life, unlike his father, fervent catholic. This led to the separation of the Grand Duchesse from her husband, and Ferdinando, more similar to his mother, was not very interested in politics and more famous for being an art collector and a fan of music. During a trip to Venice for the carnival, the Grand Prince, known for being bi-sexual and licentious, contracted syphilis. It was clear now that his wedding with Violante di Baviera, already difficult, wouldn’t have produced any heir for the dynasty. The disease led the Grand Prince to dementia and then to death. He never became Grand Duke, as his father was still reigning when he died. Ferdinando de Medici is buried in the Basilica di San Lorenzo.