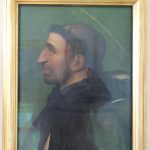 Born in Ferrara in 1452, Girolamo Savonarola was the third of seven children of a family of merchants originating from Padua that moved in Ferrara in 1440. His grandfather Michele, in particular, was a well known doctor in medicine at the court of the Dukes of Ferrara and he was responsible for the education of Girolamo. Intensely religious, Girolamo’s grandfather transmitted his devotion to the Holy Bible and also his disgust for the corruption at the court of the Italian leading families, where he worked. After the death of Michele, Girolamo Savonarola was sent to study liberal arts, to become a doctor himself, but in 1475, after listening to a priest preaching in Faenza, he decided to leave his family and become a Dominican friar at the convent of San Domenico in Bologna.

Savonarola imediately revealed his qualities in preaching and in 1482 he was assigned to the convent of San Marco in Florence. It was a very important position, considering that Florence was the most important city in Europe at that time. His task was interpreting and preaching the Holy Bible in Florentine churches and he was assigned in particular the church of San Lorenzo, the Medici parish church. At that time, Lorenzo the Magnificent was at the top of his political career. After surviving the Pazzi conspiracy and saving Florence and all of Italy from war, his power was not in discussion and he was considered the most important political man in Italy. Savonarola didn’t have any success in Florence: looks like his accent was somewhat hilarious for the Florentine people and they couldn’t take him seriously. In 1487 Savonarola left Florence to go back to Northern Italy.

More experienced, Savonarola came back to Florence in 1490. This time he started preaching against corruption at any level, with no regard for the Catholic Church itself, corrupted at any level, gaining the appreciation of the lower classes. Soon enough he became popular, and even though Lorenzo de Medici started to worry about him, he was not banned from Florence. Lorenzo tried to fight Savonarola using an Augustinian friar who preached against him, with no good results. Savonarola was elected Prior of San Marco, while Lorenzo, seriously ill, called him to have his blessing. We are not sure if he received this blessing or not, but anyway he died few days later, leaving the Medici family in bad shape, with many branches of the bank in bankruptcy and a son, Piero “The Unfortunate”, unable to keep together the allied of the family. At the same time, Rodrigo Borgia was elected Pope Alexander VI, one of the most corrupted in history. 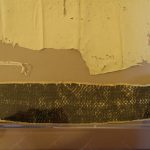 In 1494, the King of France Charles VIII invaded Italy, in order to conquer the Kingdom of Naples. His army devastated many Italian countries, including the Republic of Florence. Charles VIII conquered Pisa and Sarzana and Piero the Unfortunate, unable to deal with him, was banned from Florence together with all the Medici family. Their possessions were seized and Palazzo Medici sacked. When the King came to Florence and went to live in Palazzo Medici, waiting for his army to have some rest before continuing his campaign in Southern Italy, the republican authorities were worried for the city, while Savonarola greeted Charles VIII as the saviour, the man who would have reformed the Catholic Church. When the King left Florence after 8 months, Savonarola was the ruler of the Republic. He tried to transform the city into the Republic of God. Corruption in any form was banned and punished, the celebrations that made Florence famous turned into bonfires, where people burned clothes, jewels, blasphemous books and works of art. The painter Sandro Botticelli was heavily influenced by Savonarola, he probably threw some works in these bonfires and he never painted ancient Greek Gods again, concentrating on religious subjects. Savonarola used to torture himself with tools like the one in the picture above.

The fall of Savonarola 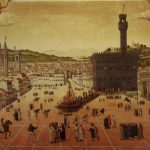 Florentine people, after accepting the ruler who fought corruption, soon realized that things were not as expected: business was stalling, Florence was not exactly a funny place to live in. In the meantime, Savonarola drew the attention of Pope Alexander VI aho, already in 1495, started to urge Savonarola to stop preaching. Savonarola, ignoring everything, continued preaching against the corruption of the church. The Pope excommunicated the friar, and when the alliance with france disappeared, Savonarola found himself in minority in the Republic of Florence. He was arrested and imprisoned in the Alberghetto, the famous cell in the Tower of Palazzo Vecchio where, in the past, even Cosimo de Medici had been imprisoned. Processed by Augustinian friars, Savonarola was condemned to death, hanged and burned in Piazza della Signoria together with two other friars, Domenico Buonvicini and Silvestro Maruffi. It was May 23rd, 1498.

Even today it’s debated if Savonarola was an example to follow or to reject. Surely he was a very honest person, he believed in his ideas and he wanted to reform the church which was actually corrupted at any level. Not an accident if just few years later another reformer, Martin Luther, had much more luck. At the same time, the methods by Savonarola were the methods of a tyrant: compared to him, the Medici were tolerant rulers. There is a plaque in Piazza della Signoria, which marks the point where Savonarola was hanged, and the Dominican friars of San Marco use to place flowers on top of this plaque every May 23rd. My opinion? It’s very hard for me to sympathize with a man who burned books and works of art. The Republic of Florence and the catholic church were undoubtedly corrupt, but they also led to the Renaissance in Europe. I think the solution was much worse than the problem and I cannot think Savonarola was a martyr. 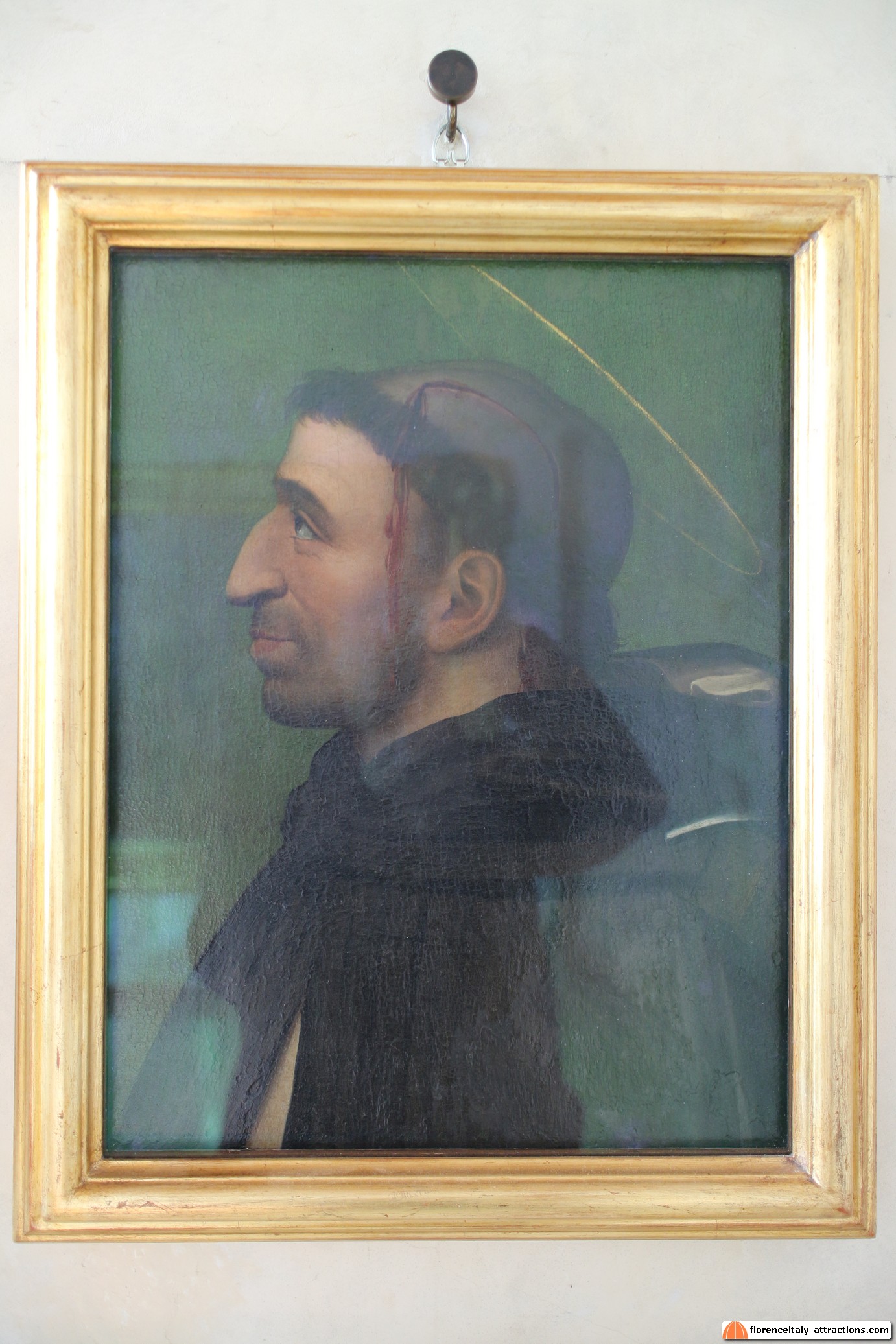