When you think about sculpture and Renaissance, the name that comes to mind is Michelangelo Buonarroti. Not everybody knows that Michelangelo owes most of his achievements to Donatello, the sculptor that first explored the Renaissance. 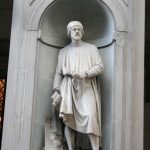 Donato di Nicolò di Betto Bardi (this is his real name) was born in 1386 from a poor family: his father, Nicolò di Betto Bardi, was a wool comber. It’s very interesting to see how he became as famous as Filippo Brunelleschi, his friend, who instead came from a rich family. Sad to say, but talent in Italy was rewarded much more 600 years ago than now (indeed, we have no Da Vinci nor Brunelleschi at the moment). The different origins of the two friends will show anyway, in their personalities and in their works, mostly in the two crucifixes they will make later in their career. Donatello will always work to survive, being worried and well aware of what lack of money means, while Brunelleschi worked for personal fame and proud, without having to worry about his salary.

Brunelleschi was certainly a master for the young Donatello, who was described as a simple man in everything but sculpture; Brunelleschi was a genius in maths, engineering, architecture and sculpture himself. At the start of his career, Donatello was not very different from any other gothic sculptor in Florence, but after starting a partnership with Brunelleschi and going with his older friend to Rome, in order to study the ruins of the ancient Roman Empire, he started experimenting classical subjects becoming more and more skilled in the process.

Work was abundant for Donatello, with the Duomo almost finished and sculptors hired to decorate the new Cathedral, but certainly Cosimo de Medici “The Elder” played a big role in his enormous success. The sculptor was certainly Cosimo’s favorite artist, he worked a lot in the Medici family parish church, San Lorenzo, rebuilt by his friend Brunelleschi. His best works were made for the Medici family: the two pulpits of San Lorenzo, incredibly emotional works, and Donatello’s David, a private commission for the Medici palace. Donatello’s tomb is few steps away from Cosimo the Elder’s tomb in the crypt of San Lorenzo, a great honor for a poor man who became a great artist. 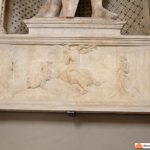 Michelangelo is considered the greatest sculptor ever, was also an architect and painter and had a particular feeling with marble. Donatello, on the other hand, was just a sculptor, but he worked with any material, including bronze, which is a completely different thing. His greatest works, mentioned in the previous paragraph, are indeed in bronze. As for marble works, he was the first in history to introduce perspective in bas-relief. In his statue of St. George (1416-20), the lower part (see picture) is made with his own particular bas-relief technique called stiacciato (literally: pressed), which allows to represent the vanishing lines of buildings and landscape, representing linear perspective. This technique will later be used by Lorenzo Ghiberti for the famous Baptistery doors, “the Gates of Paradise”. More in general, Donatello started a process of improvement of marble statues, described in this article, that led to Michelangelo’s David. The two great artists never met, as Donatello died in 1466 while Michelangelo was born in 1475, but certainly they were two torchbearers of perfection.

Where can you see works by Donatello?

Even though Donatello is a star, there are no works on display at the Uffizi or Accademia Gallery and this is the reason why many tourists don’t see any of his works. To see his works you have to go in three places: the Bargello Museum, San Lorenzo church and the Opera del Duomo Museum. 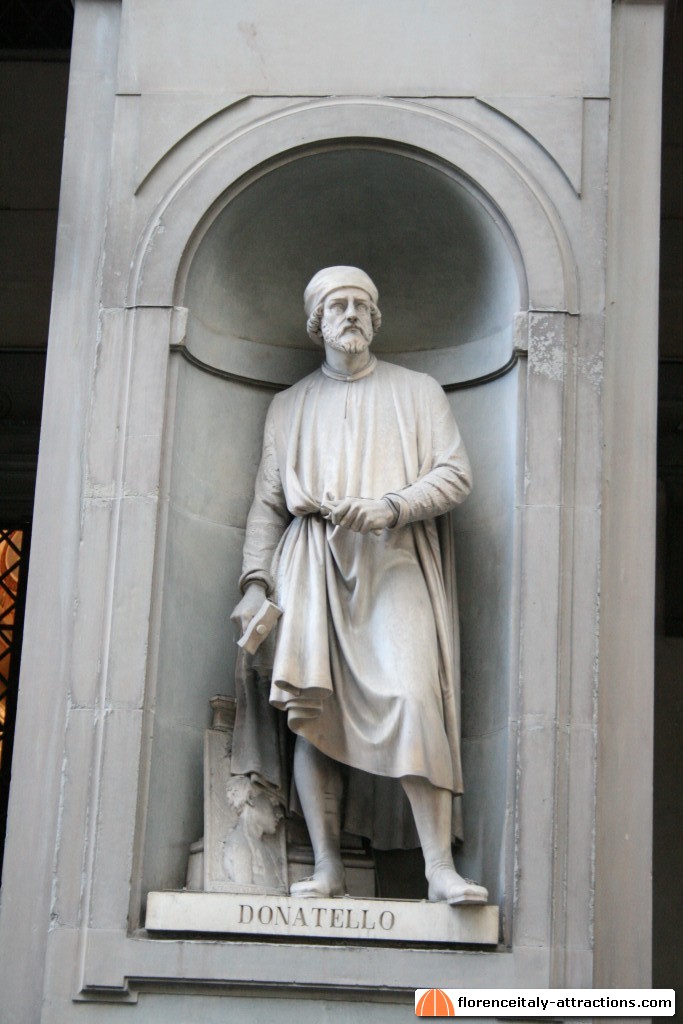