Masaccio is the nickname of the painter Tommaso di Ser Giovanni Cassai (1401-1428). We don’t have many news on Masaccio, nevertheless he is considered one of the most important painters of Renaissance Florence. Since the fifteenth century Masaccio was compared to Filippo Brunelleschi and Donatello, although younger by a generation, as the initiator of the new art in the specific field of painting.

Masaccio was born in San Giovanni Valdarno in 1401.  Research by Brunelleschi and Donatello was pivotal to his training, that started in Valdarno, where is the tryptich of St. Juvenal, considered his first work, dated 1422. In the same year the painter was included in the Doctors and Pharmacists Guild and moved to Florence. 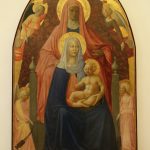 In 1424, Masaccio started a collaboration with another painter, Masolino, considered his teacher by Vasari in his Lives, even though it looks more like a partnership, given that the style of Masaccio is so different and innovative. Masolino, 18 years older, still shows a style linked to the International Gothic, and looks like he is receiving the influence of Masaccio and not the other way around. The Madonna and Child with St Anne, also known as Sant’Anna Metterza (about 1424, Florence, Uffizi), is the beginning of the artistic collaboration between the two painters. The difference between the Virgin Mary, painted by Masaccio, and St Anne, painted by Masolino, speaks by itself when comparing the style of the two painters.

The collaboration between the two artists continued in the decoration of the Brancacci Chapel in the church of Santa Maria del Carmine, which also began around 1424; after Masolino left Florence for Hungary in 1425, Masaccio continued the work that was interrupted in 1428 and was only completed in 1481-82 by Filippino Lippi. The frescoes miraculously survived a fire that destroyed most of the Basilica: after restoration (1988) they fully revealed the revolutionary painting style of Masaccio: a new realism in the shapes of the figures, more similar to statues, the shadows emphasizing the position of each character in the composition, the light and shade effect that gives the three-dimensional effect and the study of the composition of the draperies. 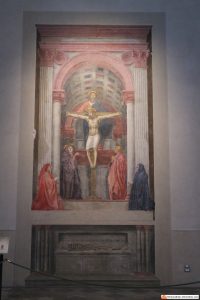 For the church of the Carmine in Pisa Masaccio executed an altarpiece in 1426, dismantled in the 18th century: eleven parts of this work are preserved in various museums. The golden background of the altarpiece is in dramatic contrast with the strict perspective of the throne on which the Madonna and Child are sitting (London, National Gallery) or with the space built by the protagonists of the Crucifixion (Naples, Capodimonte Museum). The other parts of the altarpiece are preserved in Pisa at the National Museum (St. Paul), in Malibu at the P. Getty Museum (St. Andrew), and in Berlin at the Gemäldegalerie (four figures of saints and three parts including five predella scenes: Adoration the Magi, Crucifixion of s. Peter and Beheading of St. John the Baptist, History of St. Giuliano and Miracle of St. Nicholas). In the fresco of the Holy Trinity (Florence, Santa Maria Novella), generally dated 1427, Masaccio reproduced, in perfect perspective, an architecture compatible with the models by Brunelleschi.

The late activity of Masaccio was in Rome where he died, just 27 years old, in 1428. In his short life, under the guidance of Filippo Brunelleschi and Donatello, Masaccio performed a revolution of the art of painting, that won’t be the same anymore.  The brother of Masaccio, Giovanni, known as Lo Scheggia (San Giovanni Valdarno 1406 – Florence 1486), was identified with the painter of the Cassone Adimari (Florence, Accademia). 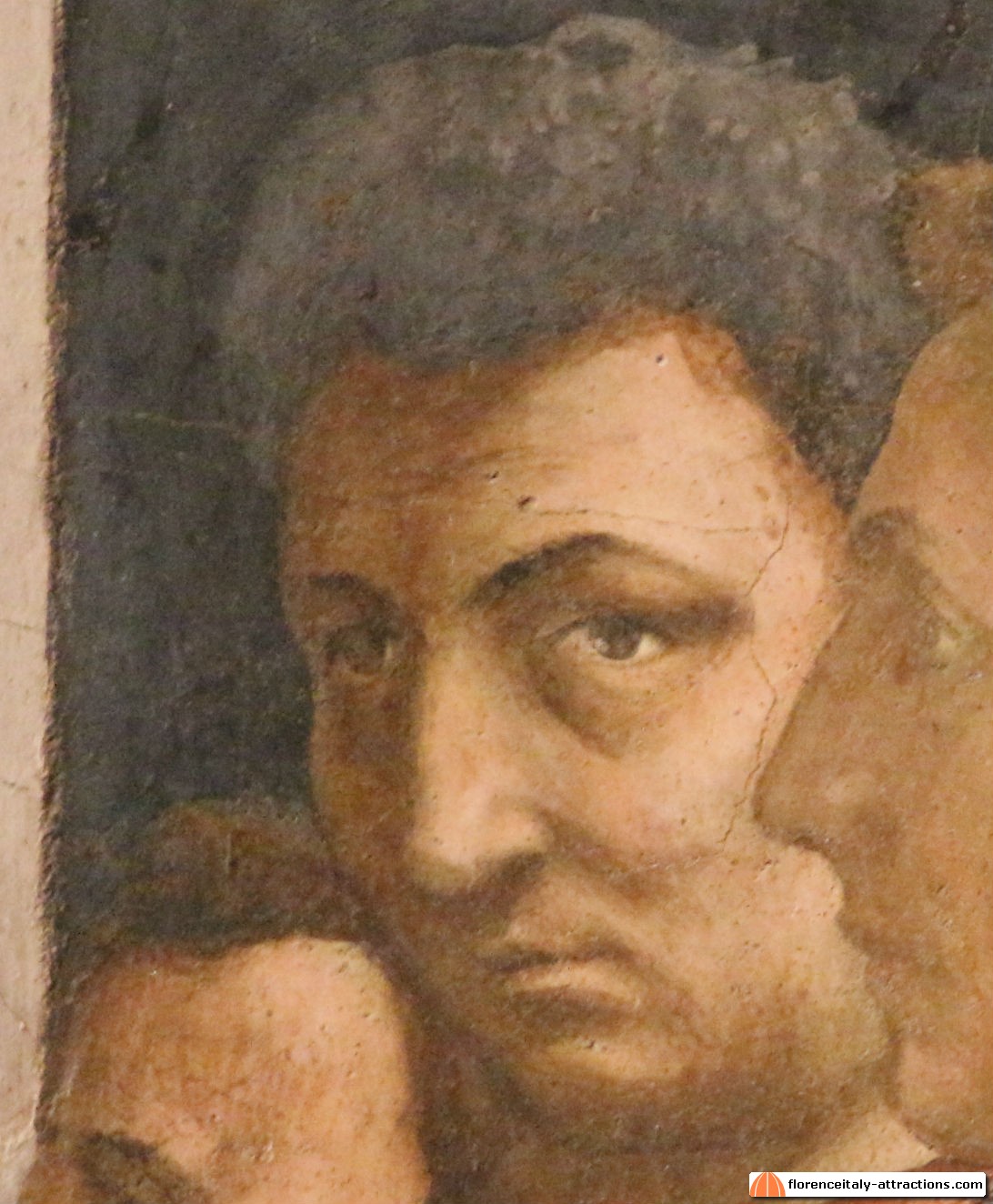