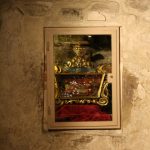 Santa Reparata was an early Christian virgin and martyr from Cesarea, Palestine, who lived in the 3rd century. You know that the Christian calendar celebrates a Saint each day, and Santa Reparata became very popular in Florence because in her day, something very important happened. It was 405 a.D. and in a dying Roma Empire, Florence was under siege by the barbarians. In the day of Santa Reparata, the Roman General Stilicho defeated the enemies. People immediately believed in the intervention of the Saint, and Santa reparata became one of the patron saints of Florence.

The Cathedral of Santa Reparata 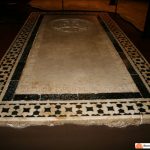 The church of Santa Reparata was built in the 5th century and was officially the Cathedral until 1378. Enclosed into the new Cathedral, it was torn down when the roof of the new church was finished. Excavations in the 1970s allowed to find the remains of this church, with different layers in the floor, from the beautiful late Roman mosaics to the poor medieval floors. In particular we are interested in some tombs: one of them is of Giovanni de Medici, 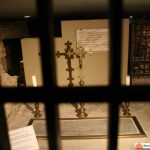 died in 1349, when the Medici family was just another rich family in Florence, maybe somewhat influential but very far from being the rulers of the town. The other famous tomb is the tomb of Filippo Brunelleschi, greatest architect of the Renaissance. Visiting Santa Reparata requires no more than 10 to 15 minutes and it is included in the Duomo ticket. Just before exiting the Duomo, go downstairs on the right, you will find the remains together with a nice bookshop.