Zuppa Inglese recipe is contended by two regions in Italy: Tuscany and Emilia-Romagna. This dessert, whose name literally means “English Soup”, owes his name to who it was prepared for: English tourists that in the 18th and 19th century flooded Italy. It was the age of the “Grand Tour” of Europe: English gentlemen considered this tour as the completion of their education and generally it marked the end of their life as bachelors. Of course, many English girls, accompanied by their families, also attended the Grand Tour, in the hope to catch one of these attractive and wealthy bachelors. Florence was one of the stages of the Grand Tour as described in the novel “A room with a view” (E. M. Forster, 1908), later adapted in a film with the same name (1985). Now you know the history of Zuppa Inglese recipe: read on and get ready to assume calories!

In a bowl, whip the egg yolks with sugar for some minutes, until the color becomes light yellow, almost white 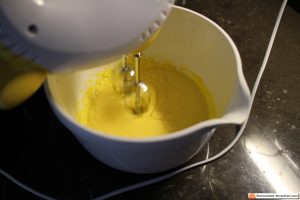 Add the flour, passing it through a sieve, and mix it with the cream 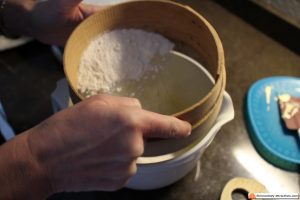 Add the milk and mix again 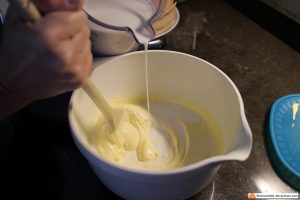 Add the lemon zest. Pay attention: the yellow part of the zest is the only part to shave off from the fruit, the white part is bitter. 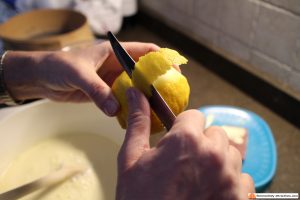 Cook the cream. This part is difficult, if temperature reaches the boiling point, the cream will break. You must get as close as possible to that, without reaching it. You have to continuously mix the cream with a wooden spoon to avoid this, and it’s going to take around 20-25 minutes to obtain a dense cream. If you see that it’s starting to boil, remove the pan from fire and continue mixing until it cools down a bit. Notice the foam on top: that foam will vanish and is a good indicator of when the cream is ready. 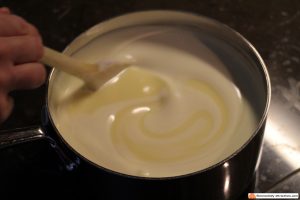 When the cream is ready, continue mixing until it cools down a bit to avoid the development of a crust. 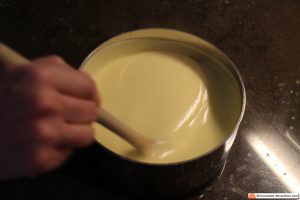 Place the cream in three bowls 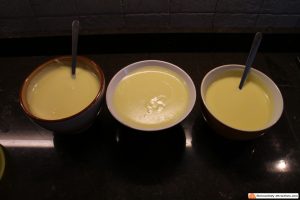 Melt 90 gr of chocolate in one third of the cream. 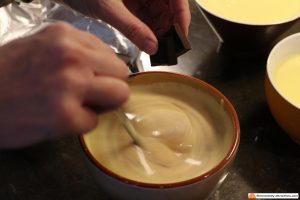 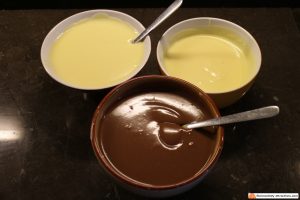 Cut the sponge cake in slices 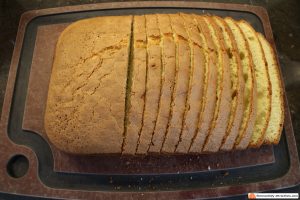 Now you just have to assemble the Zuppa Inglese. I suggest you use a transparent glass bowl for this, to emphasize the colors of this dessert. You must create a layer of sponge cake. 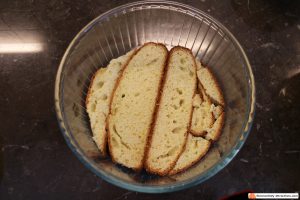 Spray the cake with 20 cl of Alchermes liqueur. 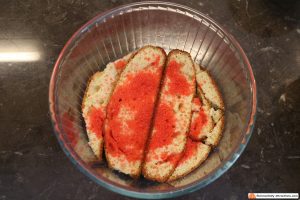 Cover with 1/3 of the cream, then repeat step 10-12 twice more, using the chocolate cream for the layer in the middle. 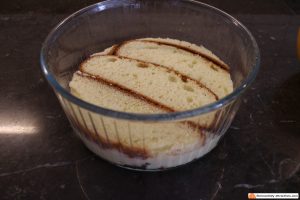 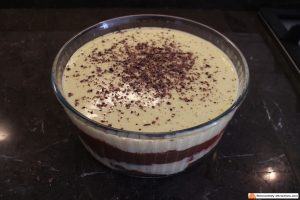 And here goes, your final result: 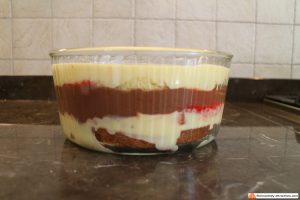 Serve the Zuppa Inglese in a glass cup. You can even prepare it in single portions already to amaze your guests even more: 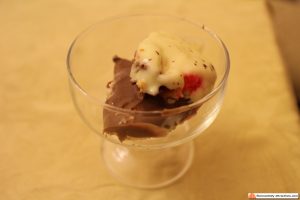 A final note on the Alchermes liqueur. It was the favorite liqueur of Lorenzo de Medici the Magnificent. The best one is produced by monks in monasteries around Florence Italy. 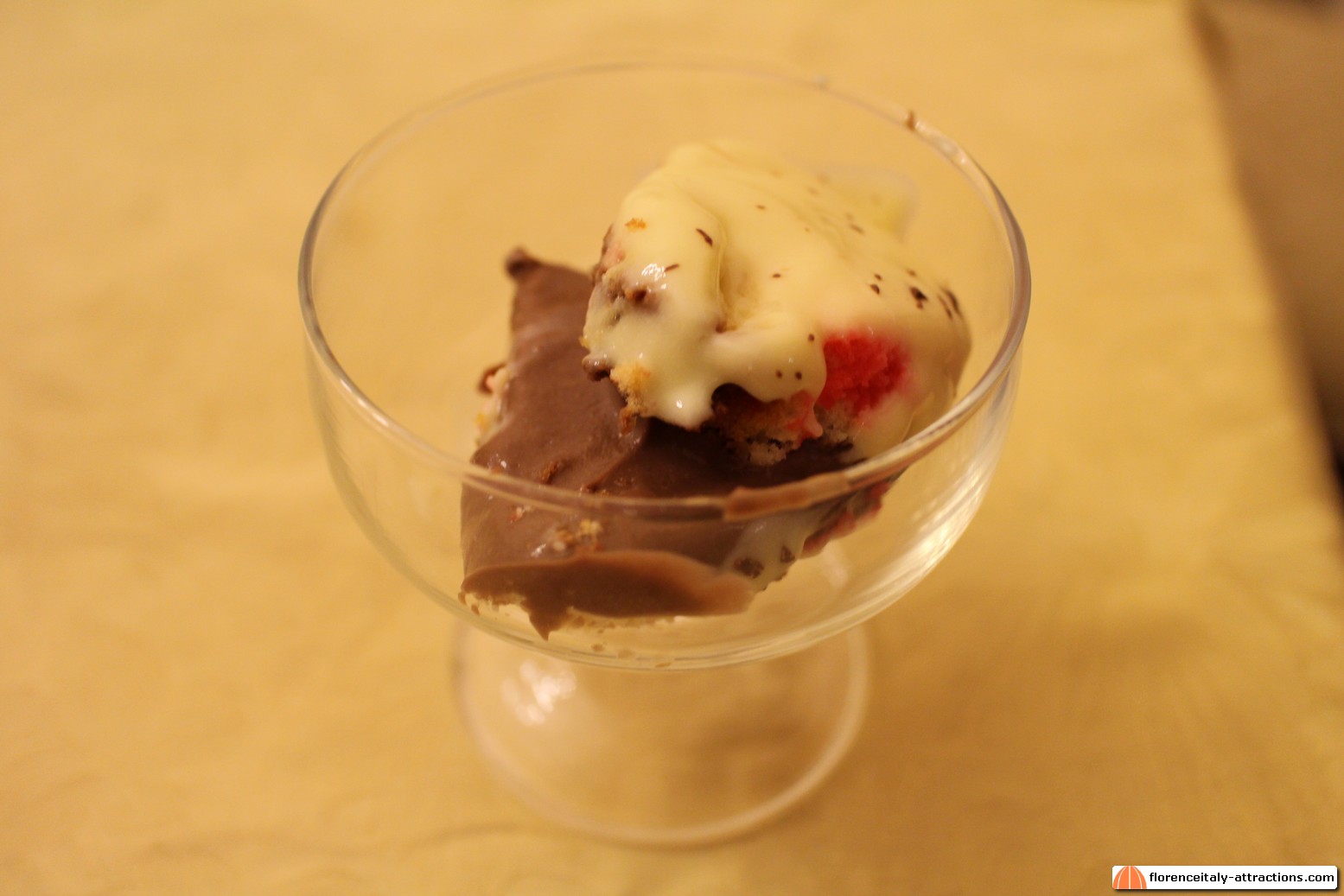